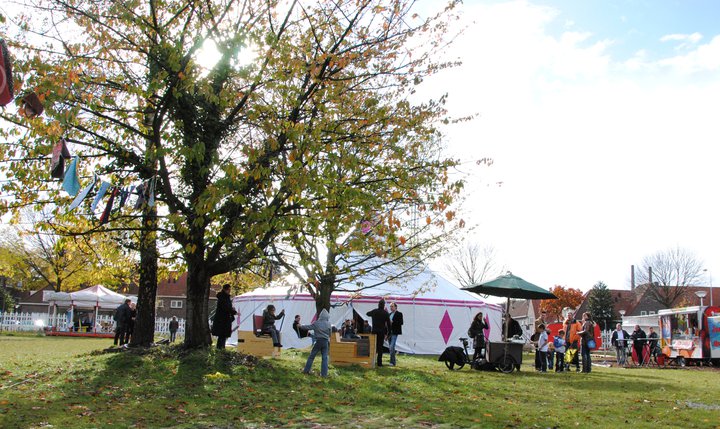 A mini-festival during the Dutch Design Week that took place in the temporary public park on the barren terrain of Volta Galvani. Nine days of activities in which the paths of local residents, designers and guests of the Dutch Design Week crossed each other in and around a big circus tent.

The activities consisted of, among other things, debate evenings, design dinners, Turkish dancing, circus acts, creative workshops and the awarding of the Social Design Talent Awards by the municipality of Eindhoven. Furthermore, the festival terrain was home to a carrousel, a Turkish tea-garden, a petting zoo with chickens and rabbits and a design camping with a treehouse. A number of vending stalls where food and drinks were sold, in some of them by residents, were present as well. The highlight, however, was probably a workshop in wrestling by Arif, former wrestling champion and owner of the local kebab store, also known as the ‘neighbourhood mayor’. 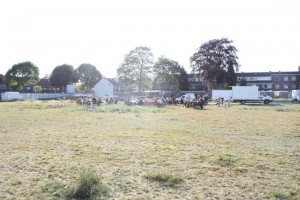